The American Academy of Environmental Medicine Position Paper on EMFs and RF; Calls for a Moratorium on Smart Meter Deployment

On April 12, 2012, the American Academy of Environmental Medicine, based in Witchita, Kansas, issued a position paper on the potential hazards of electromagnetic and radiofrequency fields on human health.

From their website, “The American Academy of Environmental Medicine was founded in 1965, and is an international association of physicians and other professionals interested in the clinical aspects of humans and their environment. The Academy is interested in expanding the knowledge of interactions between human individuals and their environment, as these may be demonstrated to be reflected in their total health. The AAEM provides research and education in the recognition, treatment and prevention of illnesses induced by exposures to biological and chemical agents encountered in air, food and water.”

The Academy’s paper, entitled, “American Academy of Environmental Medicine; Electromagnetic and Radiofrequency Fields Effect on Human Health,” highlights the effects of wireless devices and smart meters, particularly from “non-thermal RF exposure.” It identifies a little-known and much misunderstood but growing segment of the human population, namely those calling themselves “electrically hypersensitive.”

The paper also calls for a moratorium on smart meter installation; for independent studies on the adverse effect of EMFs and RF on individual and societal health; and a return to the use of safer technologies, including hardwired and fiber optic lines for the transmission of voice and data communications.

The position paper begins by stating, “For over 50 years, the American Academy of Environmental Medicine (AAEM) has been studying and treating the effects of the environment on human health. In the last 20 years, our physicians began seeing patients who reported that electric power lines, televisions and other electrical devices caused a wide variety of symptoms. By the mid 1990’s, it became clear that patients were adversely affected by electromagnetic fields and becoming more electrically sensitive. In the last five years with the advent of wireless devices, there has been a massive increase in radiofrequency (RF) exposure from wireless devices as well as reports of hypersensitivity and diseases related to electromagnetic field and RF exposure. Multiple studies correlate RF exposure with diseases such as cancer, neurological disease, reproductive disorders, immune dysfunction, and electromagnetic hypersensitivity.”

A companion piece was issued on May 27, 2011 by the The Parliamentary Assembly of the 47-member Council of Europe. The Council passed a resolution on recommending sweeping changes to the way cell phones are used, how they are marketed, and how safe exposure limits are determined. The resolution is entitled, “The potential dangers of electromagnetic fields and their effect on the environment,” and it covers the effects of EMF fields on human health. The direct link to the Council’s resolution is here.

Likewise, a group of physicians in Switzerland calling themselves, “Physicians for the Environment” (MfE), passed a similar resolution on March 22, 2012, entitled, “Mobile Telephony : MfE requests stricter limit values.” The resolution states, “The International Agency for Research on Cancer (IARC) considers the waves emitted by wireless communication ‘possibly carcinogenic’. According to the IARC, the risk of cancer for this type of radiation is thus similar to that of the insecticide DDT, rightly banned. Physicians for the Environment (MfE) is concerned that the limit values expected to protect the Swiss population, notably vulnerable groups such as children and pregnant women, constitute insufficient protection. In a communication sent to the Federal Assembly, MfE thus requests strict application of the principle of precaution and – in view of the risk of cancer – lower limit values.” The press release is presented in English here and here.

To read an article on the same subject entitled, “Electromagnetic Hypersensitivity: Evidence for a Novel Neurological Syndrome,” click here. This study was conducted by Andrew Marino, PhD and his team at the Department of Neurology, LSU Health Sciences Center, Louisiana State University, Shreveport, Louisiana.

As further evidence of the potentially harmful effects of exposure to low levels of EMFs and radiofrequencies, read an excellent review entitled, “The Biological Effects of Weak Electromagnetic Fields,” by clicking here. The review is dated March 2012 and was written by Andrew Goldsworthy.

Comprehensive summaries of research studies conducted on the adverse health effects from exposure to wireless communication devices have been created by Elizabeth Barris of the American Association For Cell Phone Safety and the The People’s Initiative in Santa Monica, California. Liz can be reached at (310) 828-6808 or (310) 281-9639. These documents can be downloaded directly from Liz’s websites above, and they can also be downloaded through the links listed below.

These research summaries include:
Scientific papers that show reason for concern regarding cell-phone use
Ten examples of cell-phone studies showing effects at levels below 1.6 W/kg, or current US SAR cell phone safety standards
The Legislator’s Guide to Warning Labels on Cell Phones and the Layman’s Guide to the Science Behind Non-thermal Effects from Wireless Devices and Infrastructure.
GAO recommendation on RF exposures in the US 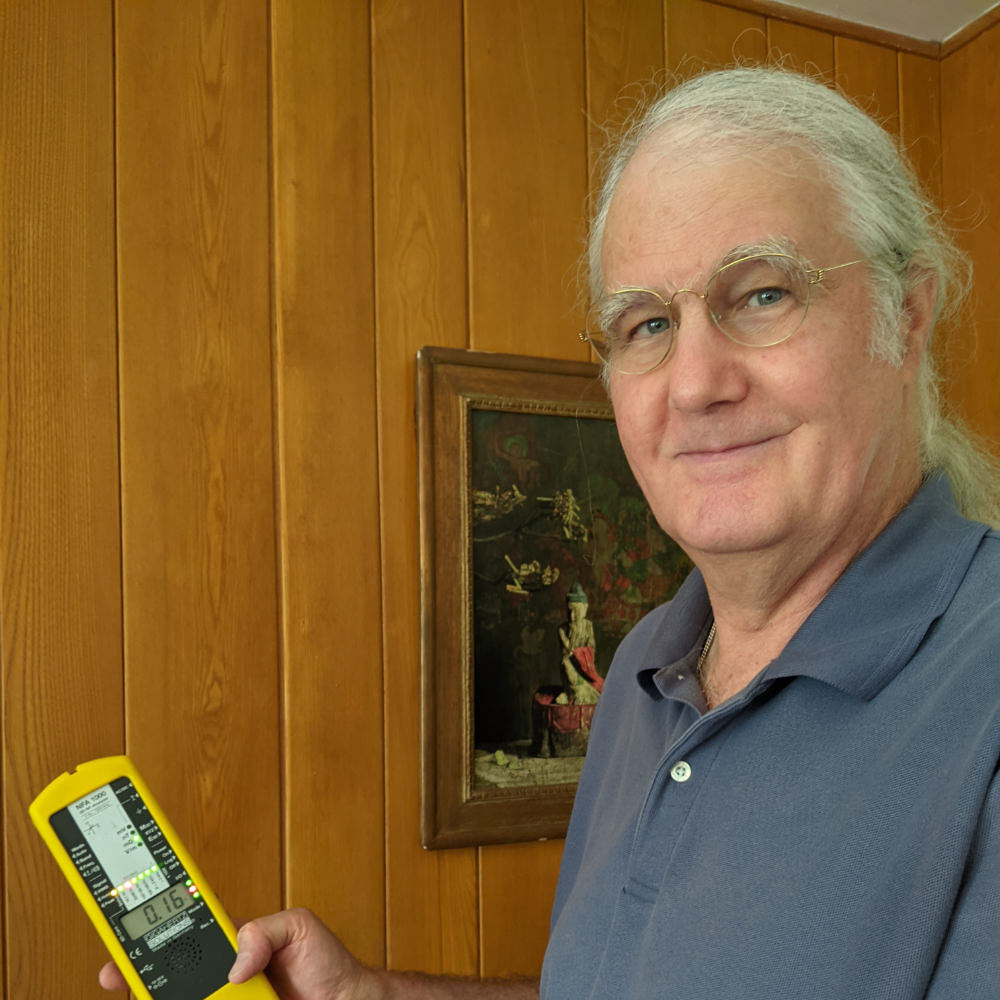